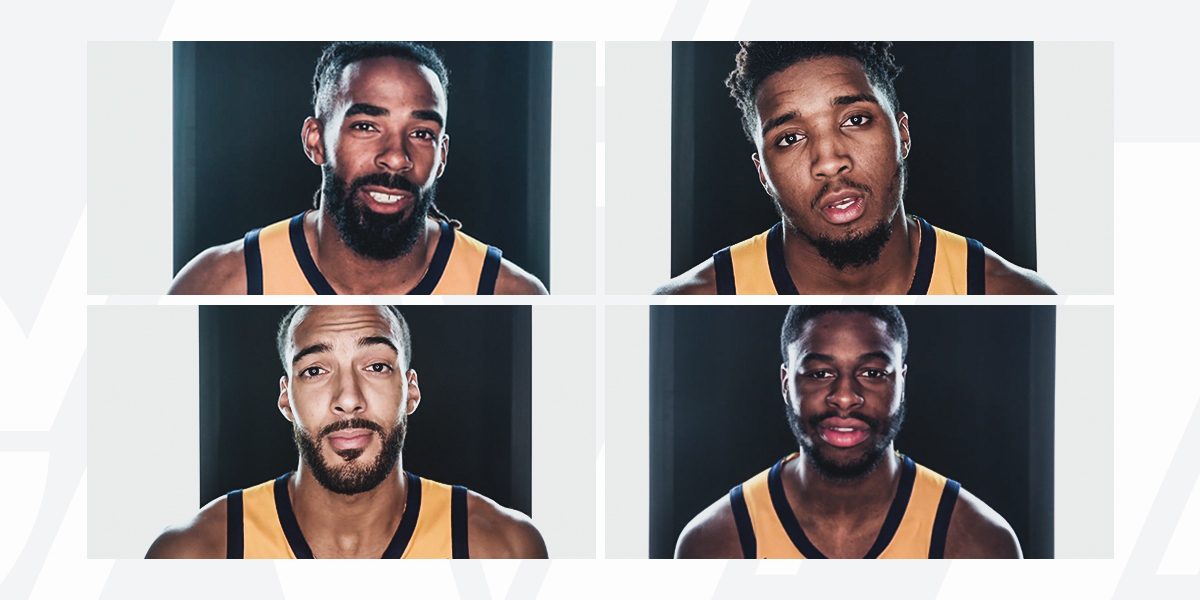 The Utah Jazz are doing their part to fight the Coronavirus by practicing social distancing and staying at home. That means they have plenty of time to re-watch their favorite basketball movies.

What are Hollywood’s best hardwood moments? Let’s ask the guys.

“Space Jam” — Michael Jordan and the Looney Tunes crew battled the evil Monstars back in 1996, instantly becoming a favorite watch for young basketball fans. Jazz forward Bojan Bogdanovic say “Space Jam” is his favorite basketball movie. So does point guard Mike Conley. Jazz center Rudy Gobert didn’t know anything about the NBA when he first started playing hoops as a kid in France, so the animated flick served as his introduction. “I didn’t know basketball back then,” Gobert said. “But I knew Space Jam.”

“He Got Game” — Spike Lee’s 1998 film is a cinematic favorite for Jazz guards Donovan Mitchell and Emmanuel Mudiay. The film starred now-retired NBA sharpshooter Ray Allen, whose acting on and off the court impressed Mudiay. “Ray Allen was actually an NBA player, so when he was doing stuff on the court it looked real,” Mudiay said.

“Like Mike” — Jazz big man Juwan Morgan was just 5 years old when this film about a teenager who becomes an NBA superstar was released in 2002. Now an NBA player himself, Morgan still considers this one to be his favorite basketball movie.

“Coach Carter” — It’s not a debate for forward Jarrell Brantley. This is the best basketball flick of all time. “It’s easy. Hands down,” Brantley says. “It’s everything you need in one movie. The ups and the downs, the highs and the lows.”